Collaborative computing, Exchange and Windows Server Engineering, PowerShell for Exchange, and the next steps that will evolve as traditional corporate email goes mobile, cloud-based, instant, and social.

4G, LTE, Verizon to Have iPhone? Rumors or truths?

The world of mobile devices is rife with buzz, rumors, and really excited early adopters.  As an IT pro we know who these early adopters are because they are the people who make us support brand new, non-supported, and generally funky stuff.  (Also... we actually tend to be early adopters ourselves and want to be the first on the block to get the new toys running in the corporate environment.)

I have heard a lot of buzz lately about Verizon's future plans for their mobile networks.  Their 4th generation LTE networks are being tested in two cities, according to a PC World article  - Verizon Testing LTE 4G mobile Network.  There is also a persisitent rumor that Verizon and Apple are working on a deal to offer Verizon iPhone service after their current exclusive AT&T deal is up. 5 Reasons it's time for a Verizon iPhone

So what is LTE, anyway?  LTE stands for Long Term Evolution, and it's other name is 3GPP.  According to Wikipedia:

LTE is a set of enhancements to the Universal Mobile Telecommunications System (UMTS) which will be introduced in 3rd Generation Partnership Project (3GPP) Release 8. Much of 3GPP Release 8 will focus on adopting 4G mobile communications technology, including an all-IP flat networking architecture.

Certainly this is a question of new, bigger, better, faster, more.  But with streaming video becoming a viable feature on mobile phones, the consumers really want this.

My predictions:  iPhone users will continue to want to connect to corporate WLANs in order to get faster network speeds on their devices.  If/When Verizon offers iPhone service, many users will view this as a good opportunity to switch providers and get new hardware.   Blackberries, iPhones, Palm Pres, and other smart phones will continue to proliferate and be a headache for IT departments.  They also will continue to improve work/life balance for some workers and help enable workaholic and short attention span type behaviors in others.  They also allow workers to be less tethered to desks.

Notes Traveler - Get Your Notes Mail Pushed to Your iPhone Now

Notes Traveller 8.5.1 will include functionality for using Microsoft ActiveSync to connect to Domino. iPhone users are perking up their ears because this means that their IT department can now offer Notes/Domino email push service to the iPhone.

Traveller is available now in beta, from the Lotus Greenhouse site. 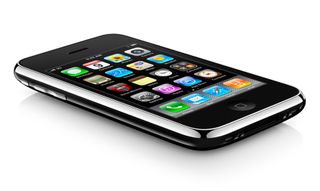